THE Tournament. NEXT MAY THE OPPORTUNITY OF “BARDOLINO CITY” IN MEMORY OF GERMANO CHINCHERINI

Will be a champion league for promising young people

The clubs who won the Cup at least once are seven, including the Italian ones Verona and Chievo.

A mini Champion League with Bayern Monaco, Manchester United, Chelsea, Liverpool and Atletico Madrid. The 5th edition of the youth football tournament “Bardolino City” , the first one dedicated to the memory of Germano Chincherini , has already the best of the European brands. 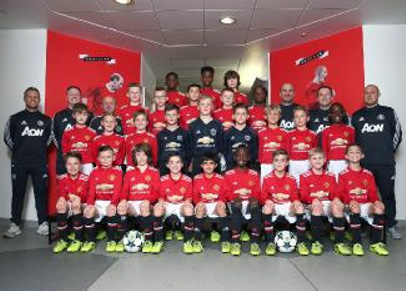 It includes Seven club winners of the Champions Cup at least once, an excellent quality guaranteed also by the best Italian companies, from Juventus, Inter, Milan, Atalanta e Torino, to Verona and Chievo. Among the foreign ones, there will be also Honved Budabest, Bromma, Stoccolmma, Lugano, Helsinki and the Jamaican of Kingston. All the teams will be in the field on 5/6 May. Together with the most famous brands of the world football there will be the Baldo Junior Team, who organized the tournament and groups almost four hundred members of the Montebaldina Consolini, Bardolino e Cavaion nursery.

Reserved to the under 10 category, the tournament was reduced from the original thirty-two teams to the current twenty-four just on advice of the best European companies , Bayern at first, to raise the quality. In the prestigious list of the participants, there is also the Lokomotiv of Moscow that last year won against Atalanta, ahead of Innsbruck, Juventus and Interebayern. A prologue HAS ALSO BEEN planned on March 30th at the Sport Center of Cavaion with twenty-four interregional high level school teams, among these : Villafranca, Virtus, San Zeno, Povegliano, Montorio, Pozzo and two Baldo Junior Teams, in addition to the Obrmais, Arco, Levico Terme, Benacense, Olimpia Merano, Brixen, Vip Trento from Trento and Malo,Rosà,Bassano,Arzignano ed Alto Academy from Vicenza and the Voluntase from Brescia la Bnc from Padua, a long list, ending with Mantova.

The winner will participate to the tournament with all the big teams. In the program there is a competition for the students of the 4th and 5th classes of the primary schools of the district of Bardolino. They are to realize drawings and tales about the topic “ Sport is…” The best student will receive a real scholarship.

That’ s the best way to remember Chincherini, a business man died in Sicily in 2000, on a work trip , that according to his last wishes wanted the birth of an onlus to help needy and poor children, operating at first specially in Kenya. A great job carried out during the years by his wife, Helena Malm. In Italy the association has supported charitable institutions, such as the Comboniani missionaries and sport, scholastic and welfare institutions for elderly and disabled citizens, as well.