The 8th edition of the charitable gala dinner of the “Germano Chincherini” Foundation took place on June 2nd at the Hotel Antares-Olimpo in Letojanni (Messina). . More than three hundred guests took part in the yearly event in memory of Mr Germano Chincherini, who passed on June 4th 2000.. Many of them see this as an occasion to commemorate this great entrepreneur. The guests praised Mrs Helena, Mr Germano's widow, who firmly, resolutely and, above all, generously devoted herself to the Foundation. 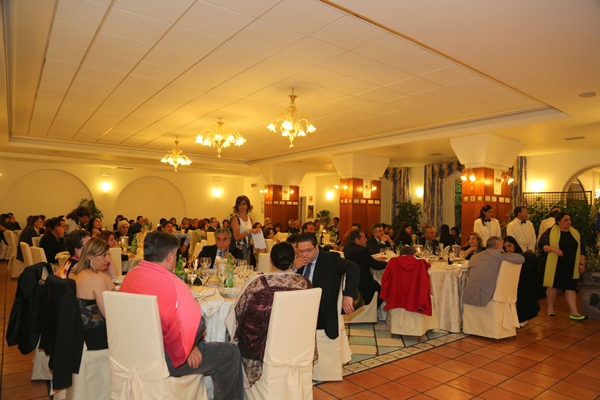 We would like to remind all the charitable works carried out in Ukunda, Kenya, aimed at improving the lives of its inhabitants: water wells, schools, churches and the first foster home built in 2008, which now houses 40 children; the second foster home built in 2011, which now houses 32 children.
During the dinner, tickets were sold to participate in a raffle. The prizes were generously offered by our suppliers, as it happens every year. This year, there was something new during the event and the raffle. Thanks to a private citizen, Mr Claudio G., two replicas of F1 cars, a Ferrari and a BMW, were displayed at the Hotel Olimpo. Everyone was allowed to take a picture of themselves sitting in the cockpit; and many did.
After the raffle, several articles were put up for auction: two Ferrari t-shirts autographed by Alonso and Barrichello; an autographed Ferrari baseball cap; two Ferrari posters; a Catania Calcio shirt autographed by some football players and other football shirts of Chievo Verona, Torino, Cagliari and Palermo, courtesy of the respective clubs and offered by Mr Claudio G.
As it happens every year, it was a nice, warm soirée. The money raised will let the charitable works go on, since it will be donated to build a new block of foster homes, which will soon house 80 more children, and the adjacent farm, where fruit and vegetables will be grown and courtyard animals will be bred; all of this will be finished by September 2013.