Germano Chincherini Foundation is a non-profit organization established at the will of Mr Germano Chincherini, founder of Parc Hotels Italia hotel chain. The Foundation is committed to safeguard children’s rights in different areas in the world, operating in collaboration with other charitable organizations, while respecting local community values.

WHAT DOES YOU DO IN OUR FAMILY HOMES ? 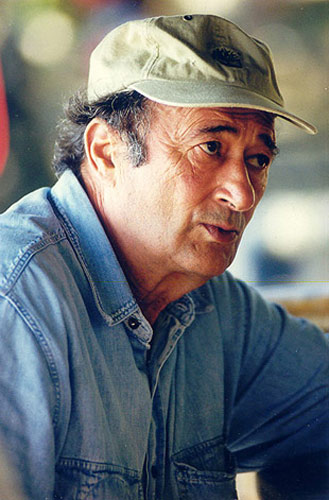 The Italian Ministry of Finance recognized this Foundation as an ONLUS and therefore it can benefit by the 5‰ IRPEF contribution.

Mr. Germano's wife, Mrs. Helena Malm, found it and gave the first endowment, following meticulously her husband's will and assuming at the same time the title of life-chairwoman.

The institutional aims of the Foundation are to protect and help poor and needy children, young people and babies, particularly regarding those poverty situations in many Third World countries and supporting the religious and laical institution working with the same aims.

During the first years, the Foundation substantially contributed to a construction of a catholic primary school in Ukunda (Kenya) and two drinkable water-well in a Kenyan village in need; it promotes long-distance adoptions, has built a Community Hall, near the school complex in Ukunda, realized a training course for hotel industry to introduce young people to the job market and constructed Family Homes in Ukunda for orphans.

In Italy it supports many charitable institutions, as, for example, the Combonian mission, endowed study grants to worthy students and helped both school and sport organizations and relief institutions for elderly and disabled people.

The life of Germano Chincherini

He was born in Limone sul Garda in 1937.
At the end of the Fifties he runs together with his parents and his 5 brothers a small guest-house and during his spare time he sells bunches of lemons with a typical local barrow on the main street.

In those years he meets the right person: the Danish minister, Mr. Eilif Krogager, founder and owner of the tourist agency Tjaerborg, who understands the potentiality of mass tourism in Italy and puts his trust in the young Chincherini: he finances him and together they build the first big hotel.
The Chincherini Hotels is born.
During the Sixties and the Seventies the Chincherini Hotels expands and runs 58 hotels, some owned and some rented, all over Italy (Rome, Ischia, Dolomites, Liguria, Lake Maggiore, Lake Garda, Monte Bondone and Sicily).

In the Eighties, following the changes in the tourism market, Germano Chincherini remodels the group by selling some hotels, leaving the rented ones and restructuring some others, most of all on Lake Garda and in Sicily.
During this renewal period he founds Parc Hotels Italia, a new society with a bright future ahead.
New modern hotels rise, with a big capacity, where great attention to details is given, combining modernity and tradition.
No more managements from keen and good collaborators, but a central organisation, with a travel agency and central booking offices, central food & beverages offices, expenses control offices and planning, together with a construction company for the restructuring and construction of new hotels.
In 1990 the passion for travelling leads him to Kenya, where he loves to stay and learns its sometimes sad situation. There starts the deep friendship with Father Angelo and the consequent support to the local people.
In 2000 Germano Chincherini dies in Sicily during a business journey and leaves some great ideas unfulfilled... he in fact was completing the Hotel Caesar Palace in Giardini Naxos, was projecting the Golf Resort in Peschiera del Garda and the enlargement of some hotels in Sicily.
In 2001 the Germano Chincherini Foundation Ente Filantropico was founded, thanks to the strong will of his wife.
Nowadays his wife, Mrs. Helena, together with her most reliable assistants, managed to finish the hotels Germano planned and to build a brand new resort in Bardolino, named after her great husband: Parc Hotel Germano.